The raspberry pi has always been appealing to me, but I needed a project to really get involved. After discussing with Eric Koncina who made several great applications with Pis, I decided to go for a home surveillance system.

The main objective was to see how often the neighbor cats are coming to our garden, because they are scaring our cat. It’s not a big deal, rather a justification for the pi project.

I bought a Pi3 starter budget kit that contains:

Was hoping to get some decent pictures / videos with low light. Turned out that IR leds are needed. That goes in the TODO section.

Here is an example of picture with low interior light. Colors are off, but quality is fine to me 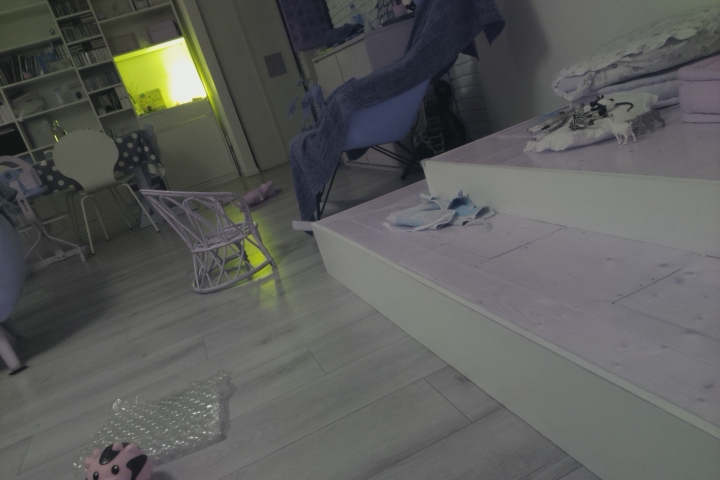 I won’t go into details, I mostly followed the instructions in this tutorial. Briefly, here are the main steps

Since I have no screen, no keyboard and the pi comes with a WiFi controller, the stretch lite is sufficient. Image can be found at raspberrypi.org

Ensure your SD card is the second disk (/dev/disk2), otherwise do adapt to the correct one!

Once copied, you can enable ssh by creating an empty file at the SD card root

In order to connect to the pi without screen / keyboard, wifi needs to be configured right away. At the same location (/Volumes/boot) add a file named wpa_supplicant.conf

Of note, I recently acquired a pi zeroWH, for which I had to add 3 lines (StackExchange question).

once the raspberrypi booted, try to find its IP

you can also assign a fixed IP to your pi

once connected to the pi:

Even if, I’d like to have openCV like in this tutorial, it was way more work. Hence, the choice of motion

I followed the instructions provided in this great tutorial by Bouvet. With some changes described below.

first, as Bouvet suggested, I copied the main config file

and alter the new copy.

tweaks to the initial tutorial

I choose to get the videos and several other changes made to the motion version 4.1.1. and are reported in the complete diff page below

The initial values are reported in red, in green: the new ones.

the web control on port 8080 is disabled apart outside the pi, since we’ll use telegram to control motion

Here is an example of my kid being detected. The red rectangle works nicely 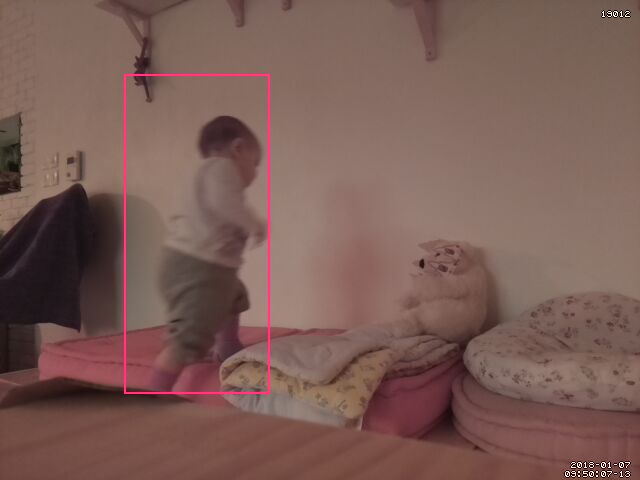 But of course, there are false alarms, such as when the light comes in/out suddenly 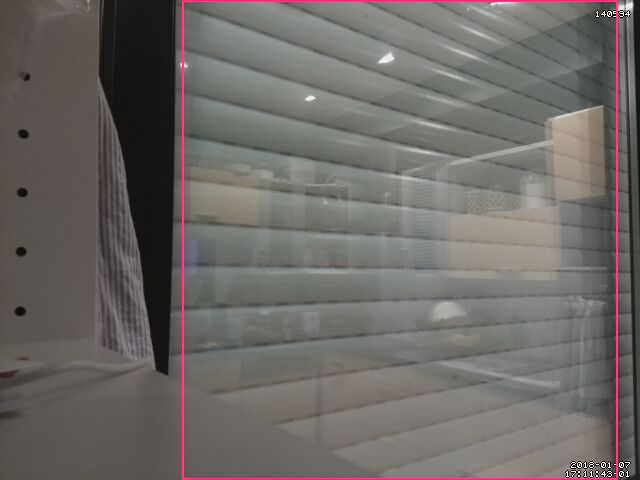 the parameter lightswitch 80 reduced the issue but it still exists.

Communication with motion via telegram

Now comes the fun part. Receiving the motion detection by emails is fine, but it can be done via Telegram and the awesome API telepot. Eric told me about telegram bots and it looked promising. Actually, you can even send commands to your pi using your phone using those telegram bots.

The useful feature I implemented are:

Eric gave me the link to this tutorial

Of course, I am assuming you already have our own telegram account.

Talk to the BotFather and create mybot, you will receive a private token.

back on the pi, install telepot with pip, assuming you installed python and pip.

get the bot id

get your telegram id:

create commands for the bot

After sending /setcommands to the BotFather:

Of note, it doesn’t prevent the bot to receive other commands, it just helps to display commands and select them in telegram.

Now if the both listen_bot.py and motion -c ~/motion/motion.conf are running, the system should work.

they are called in the motion.conf file.

I am now using systemd. Cleaner and safer.

Here, the following is working, but I am sure this is the right way to do, so use we care.

add the file listen.service in the folder /etc/systemd/system:

now as example, you can check the status of this new service listen

And, safer since both motion and listen are running as the user motion who does not have sudo rights.

be sure to have the correct smblink

Here are some examples of the telegram window 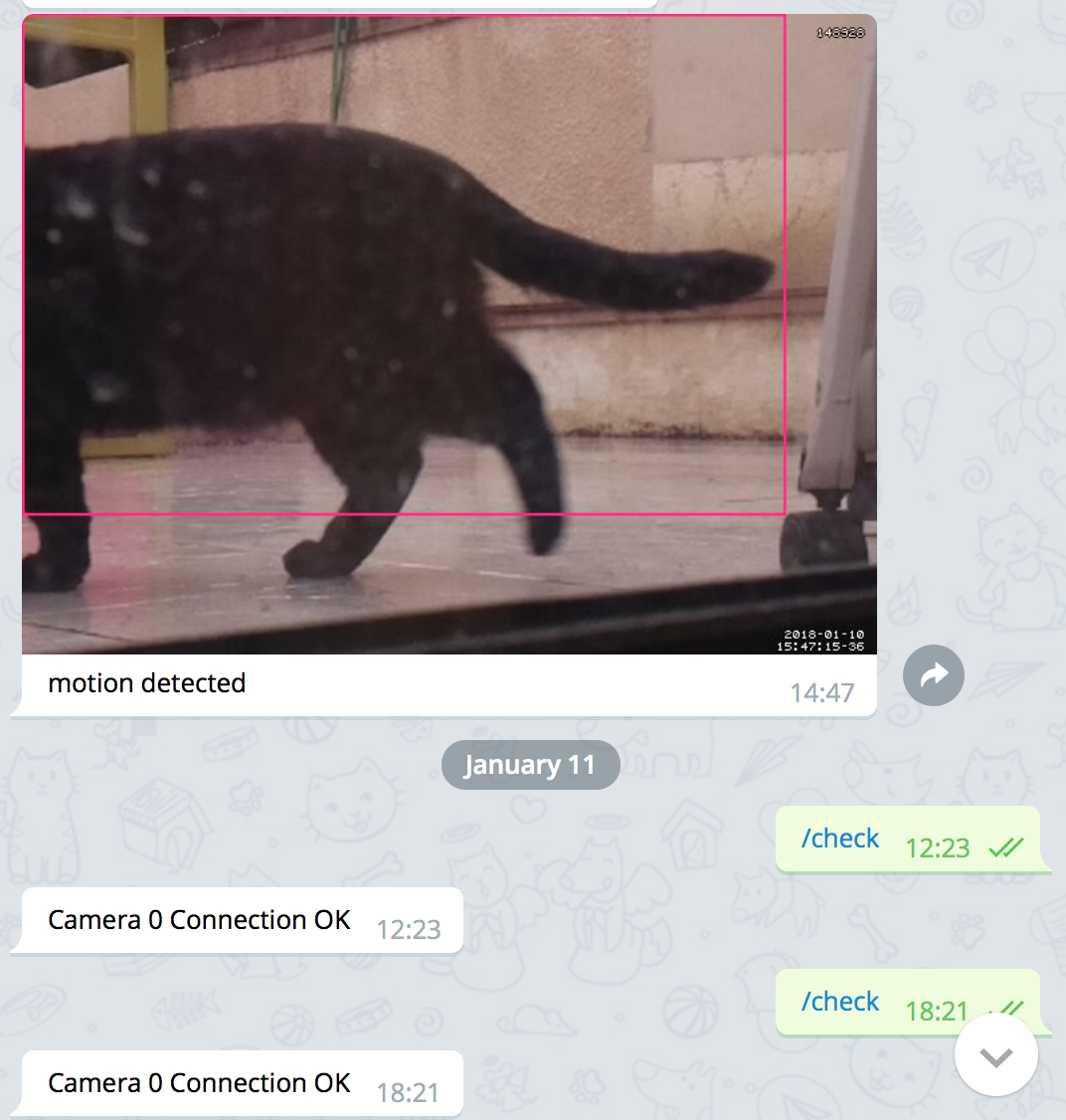 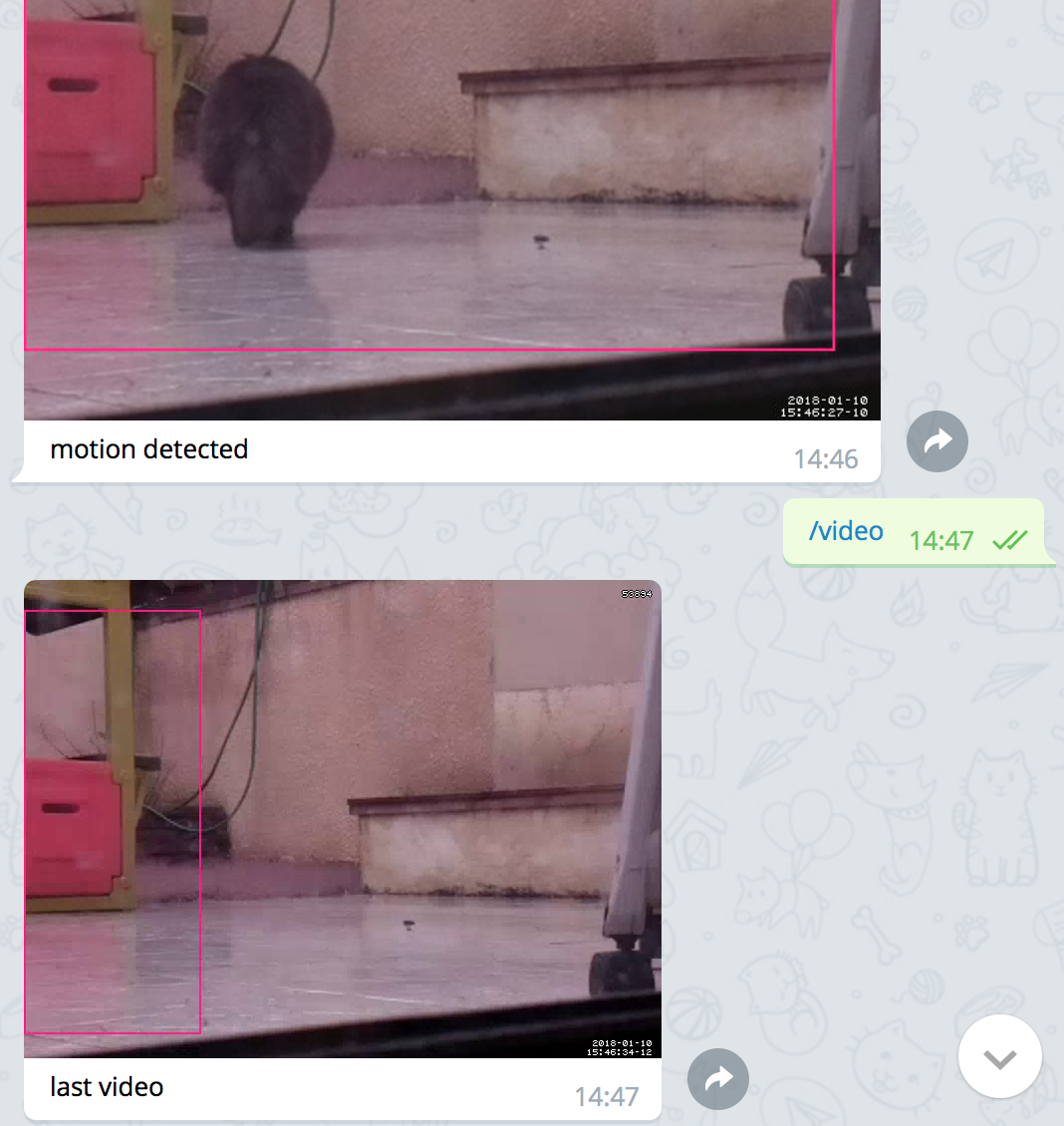 this video works as a GIF directly in the window: 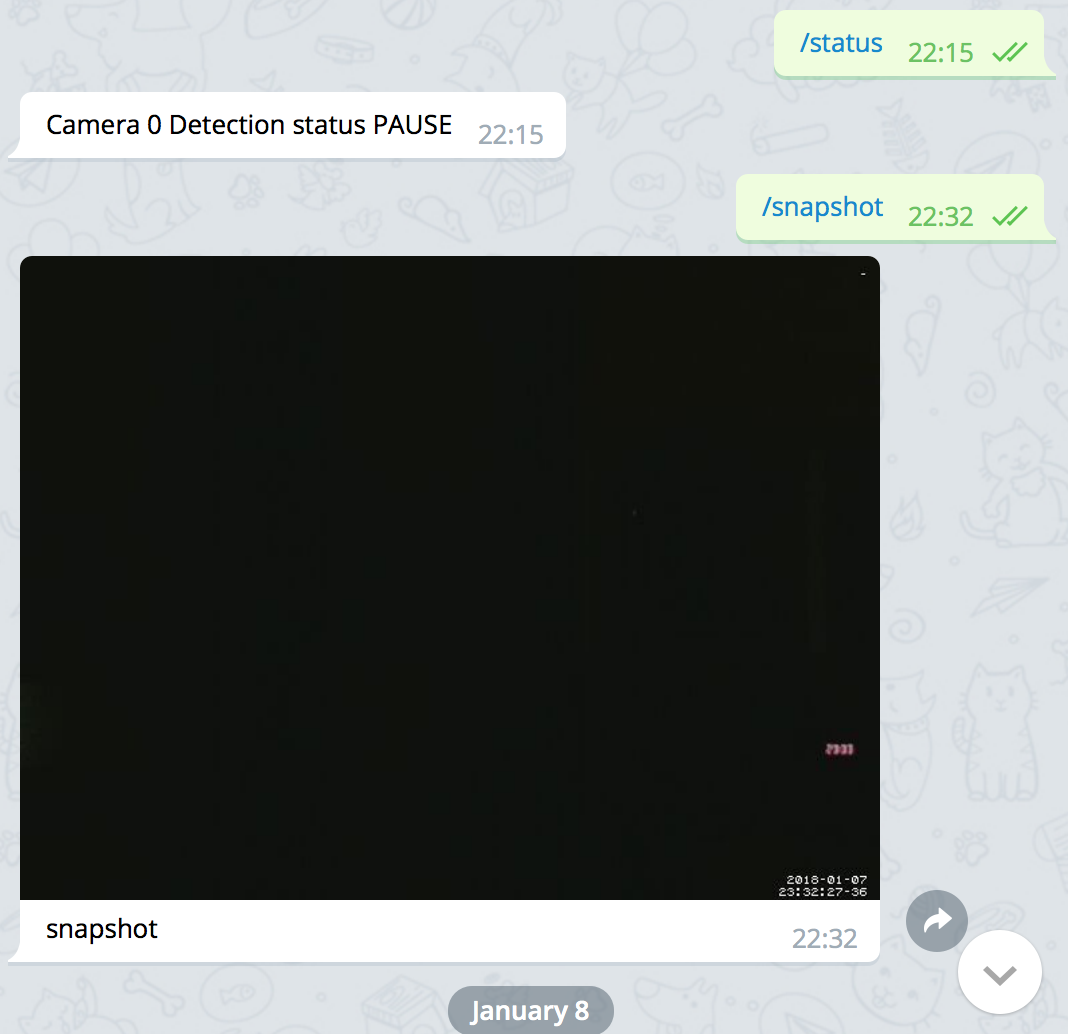 Despite a functional system, some improvements I’d like to achieve:

Beyond the initial goal, catch the neighbor cats coming in, which actually I don’t care about, it was fun to set-up the whole thing. Moreover, telegram offers a great service and offers a great interface for many applications. I knew about the TeleR bot, that is actually easy to set-up.

Don’t hesitate to leave a comment below for any remarks or improvements that I overseen.